Keeping the House in Order amid Mounting Uncertainties

The last time I joined you in this Forum was at end November 2013. Since then, the Fed taper had become a reality — this week, the Fed is expected to announce the end of its asset purchase program. The market frenzy about the onset of the taper was replaced by an eerie calm as soon as it actually commenced. In the six months or so that followed the beginning of taper, the 10-year US Treasury as well as the DXY traded in a relatively narrow band. The second half of the year, however, was not as calm. The market moved from a belief that the Fed would raise its target rate sooner than earlier anticipated (because of strong US data releases), to a belief that the Fed would still keep rates low “for a considerable time”. In either case, the strong USD dollar story had begun to form a solid base — market caused the DXY to start to ratchet up and the 10-year Treasury yield to begin falling precipitously1. This fundamental story was not, however, without challenge. There were bumps along the way as the ECB brought short-dated interest rates to negative territory, as tensions in Ukraine increased, and as multilateral bodies continued to predict weak global growth (the IMF described it as “mediocre”.) Throughout this period, our own peso GS curve flattened while peso tracked the DXY movements.

Such irregular shifts in global market behavior confirm the need for economies to insulate themselves from spillovers from these external volatilties. In the BSP, we have long subscribed to the idea that the best way to do this, is to make the difficult and tough choices that would keep our own house in order. This reminds me of the classic children’s story about the Three Little Pigs. The first two pigs took the easier way of building their houses, using straws and sticks, while the third little pig built his house using bricks. On the day the Big Bad Wolf attacked, only the house of bricks stood unscathed. The moral of the story is simple: there is no substitute for conscientious preparation and hard work to guard ourselves against the Big Bad Wolf. Analogous to the construction of the brick house in the story, the Philippine economy was built through the pursuit of wide-ranging, and at times difficult, policy reforms over several years which allowed the economy to endure several Big Bad crises.

Building the house of bricks

1. The output expansion we have realized for the past two decades has been built on purposeful structural reforms supported by disciplined macroeconomic policymaking. This paved the way for the economy to increase investments, pursue fiscal consolidation and reduce debt, improve labor dynamics, and enhance competitiveness, all of which contributed to the Philippines becoming one of the fastest growing economies in emerging Asia.

2. Our efforts toward maintaining price and financial stability also bore fruits. Last year marked the fifth straight year that the inflation target has been achieved. Inflation in the first nine months of 2014 at 4.4 percent is also well within the government’s full year target of 3-5 percent. On the other hand, amid bouts of financial market volatilities, ample liquidity in the system granted domestic borrowers with continued access to domestic financing to support economic activities.

4. Sustained structural reforms have kept our banking system in good shape, demonstrated by improved quality of banks’ assets and loan portfolios, profitability metrics as well as adequacy of capital. The BSP is also on track with the requirements under the ASEAN Financial Integration Framework (AFIF) with the recent approval of the amendments to the Foreign Bank Entry Liberalization Law.

5. Meanwhile, in support of the national government’s (NG) overarching goal of achieving inclusive growth, the BSP ardently pursues the implementation of its financial inclusion program. We are further inspired with the increase in the number of participants in the BSP’s programs on microfinance, credit surety fund, and economic and financial learning.

The Philippine economy also faces potential threats, the so called Big Bad Wolves. We remain mindful of the risks that could threaten the strength of the economy.

Risks to price stability. On top of our watchlist is any possible dislodgement of inflation expectations should strong second round effects (transport fare adjustments and power rate hikes) appear because of possible price pressures emanating from any short-term volatility in international oil prices on the back of geopolitical tensions.

Risks to financial stability. We are mindful of market behavior in reaction to the monetary policy divergence across major advanced economies – timing of US Fed tightening and prospects of further easing by the ECB and BOJ. We are watchful of possible increased financial market volatility as market agents price/or mis-price risk based on their interpretation of the actions of authorities. There could be shifts from market complacency to panic. We are also closely monitoring household debt levels and corporate leverage and comparing these against bank lending standards.

Risks to growth outlook. We monitor growth developments in our trading partners – US, Japan, China. In our domestic radar screen, we are monitoring possible spikes in commodity prices, delays in infrastructure and reconstruction projects, natural disasters as well as logistics bottlenecks.
Keeping the house of bricks in order

We cannot accurately predict when these Bad Wolves will attack… but we can build buffers. Let me focus on three strategies to keep our house in order: investing for the future, enhancing our policy tools, and putting the synergy principle in action.

Investing for the future

2. The BSP, for its part, remains steadfast in maintaining price and financial stability to provide a macroeconomic environment supportive of investments. We will also continue to strengthen our regulatory framework for financial inclusion.2

1. The BSP will continue to proactively use its enhanced tool set. We are well aware that the deployment of these tools is just as (if not even more important) than the tools themselves. You can therefore expect the BSP to balance timing and calibration of the use of its policy levers. This approach should have been evident in the recent series of adjustments in our monetary tools, which were calibrated and timed so as to 1) rein in domestic liquidity growth, 2) pre-emptively arrest possible second-round effects of supply shocks and 3) anchor inflation expectations.3

So far, the numbers reflect that these moves have achieved what they were set out to do. With the latest Fed communications pointing to a more dovish approach to its tightening plan, the BSP may be able to bide some time to allow these policy adjustments to pass through to the economy.

2. The BSP also issued several regulatory reforms to further strengthen risk management practices in the banking system and enhance capital buffers against possible unforeseen shocks. These measures include: (a) implementation of real estate stress test (REST); (b) approval of enhanced regulation on credit risk management of banks and quasi-banks; (c) approval of guidelines for determining so-called “D-SIBs” or banks which are deemed systemically important within the domestic banking industry; and (d) increase in the minimum capital requirement for all bank categories, on top of the capital requirement under Basel 3.

Putting the principle of synergy into action

1. The BSP recognizes the importance of the synergy principle in dealing with risks to price and financial stability. Thus, we coordinate with other agencies such as the National Food Authority and Department of Agriculture on issues related to prices of rice and other crops; Energy Regulatory Commission on power rates; and Land Transportation and Regulatory Board on public utility vehicle fares.

2. The BSP is also an active member of external committees that broadly endeavor to strengthen and protect the country’s financial sector. These include the Financial Sector Forum (FSF) and the Financial Stability Coordination Council (FSCC)4. The main goal of the FSF is to harmonize financial regulations and address any financial regulatory gaps, while the FSCC aims to identify, manage and mitigate the build-up of systemic risks. These are consistent with the overall prudential objective of financial stability.

Let me conclude by saying that with continuous pursuit of meaningful policy actions and reforms, I am confident that the Philippine economy can withstand the Big Bad Wolves along the way and remain sturdy as the house of bricks in the story.

1 The 10-year US Treasury traded at 2.137 pct. on 15 October 2014.
2 We are pleased to note that as of end-2013, we have recorded 1.5 million micro-deposit accounts and a total of P8.7 billion microfinance loans availed. We have also recorded about 837 thousand MSMES with outstanding loans from banks amounting to P385 billion.
3 These include: (a) increasing key policy interest rates by a total of 50 bps to 4.0 percent for the overnight borrowing or reverse repurchase (RRP) facility and to 6.0 percent for the overnight lending or repurchase (RP) facility (25 bps each on 31 July 2014 and 11 September 2014); (b) increasing the rate on the Special Deposit Account (SDA) facility by a total of 50 bps to 2.5 percent across all tenors (25 bps each on 19 June 2014 and 11 September 2014); and (c) raised banks’ reserve requirement rate by one percentage point to 19 percent effective 4 April 2014 and further to 20 percent effective 30 May 2014.
4 The FSF is composed of the BSP, the Securities and Exchange Commission (SEC), the Insurance Commission (IC) and the Philippine Deposit Insurance Corporation (PDIC). The FSCC is composed of the BSP, Department of Finance (DOF), IC, PDIC, and SEC. The BSP chairs both the FSF and the FSCC. 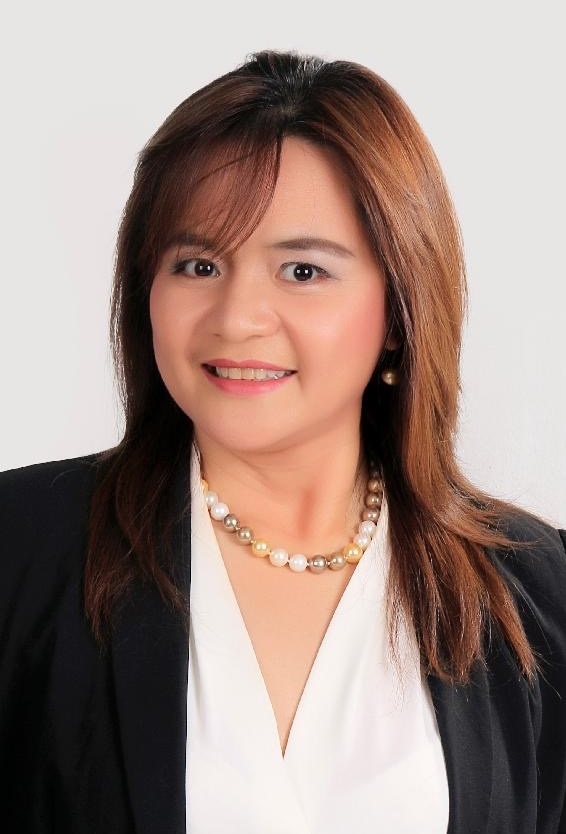 ELIZABETH CARLOS-TIMBOL
President, FY 2020-2021
The incumbent Board of Directors of the Rural Bankers Association of the Philippines is humbled with the great honor to serve the industry as we embraced the challenge to formulate and implement programs for our members. 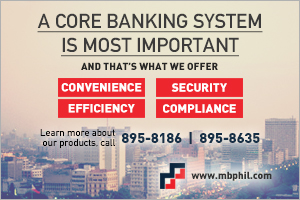 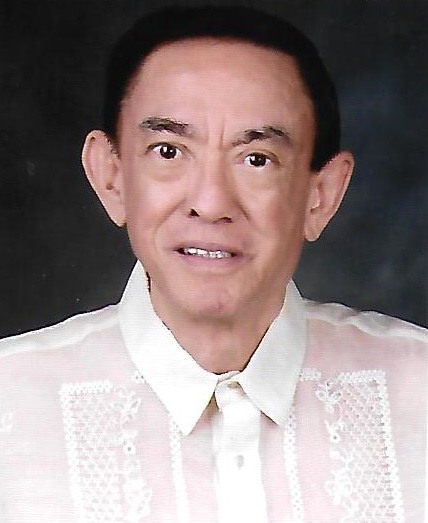 ROBERTO G. ABELLO
President, FY 2019-2020
The incumbent Board of Directors of the Rural Bankers Association of the Philippines is humbled with the great honor to serve the industry as we embraced the challenge to formulate and implement programs for our members.

There are no upcoming events.